I think maybe it's finally time to start talking about SCREWJOB, our new comics anthology devoted to those glorious combatants within the squared circle: the professional wrestler! Over the past couple of months I've leaked some previews of Box Brown's Abudllah the Butcher comic, Pat Aulisio's Goldust and Lale Westvind's Wild Wanda, and here are a few more:


Josh Bayer was the first person I asked to work on this book, within minutes of having the idea for it pop into my head last year at Comic Arts Brooklyn. Of course I had to ask him, he's a brilliant cartoonist and a connoisseur of the wrestling arts, the perfect blend for creating something as beautiful as this Classy Freddie Blassie comic: 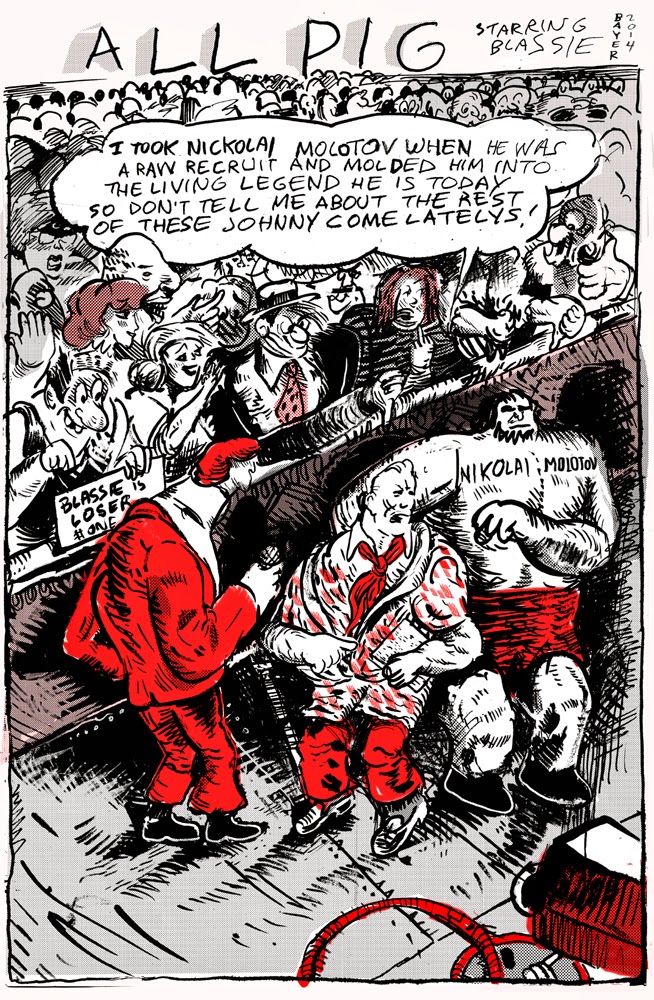 As a wrestler and a manager, Freddie Blassie was one of the greatest heels the wrestling world has ever seen, and had been known to take a nail file to his teeth, sharpening them so that they could more easily penetrate the tough skin around his opponent's skull 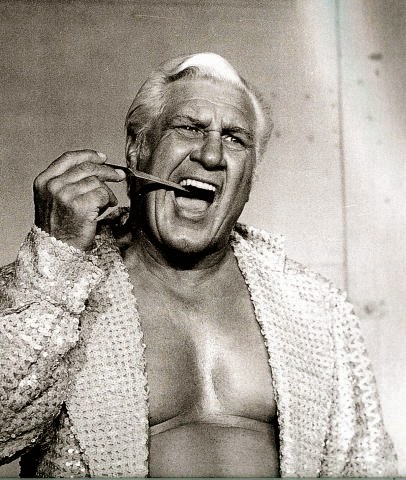 About a week ago, Pat Aulisio sent me a link to some of Blake Sims' rad wrestling comics, suggesting that I contact him to work on the book. Of course I did, because his stuff is so sweet, but with the art deadline looming I felt pangs of guilt about not having asked him months ago... but somehow this dude cranked out an epic Hulk Hogan vs Kevin Sullivan and his Dungeon of Doom comic in a weekend! What a badass 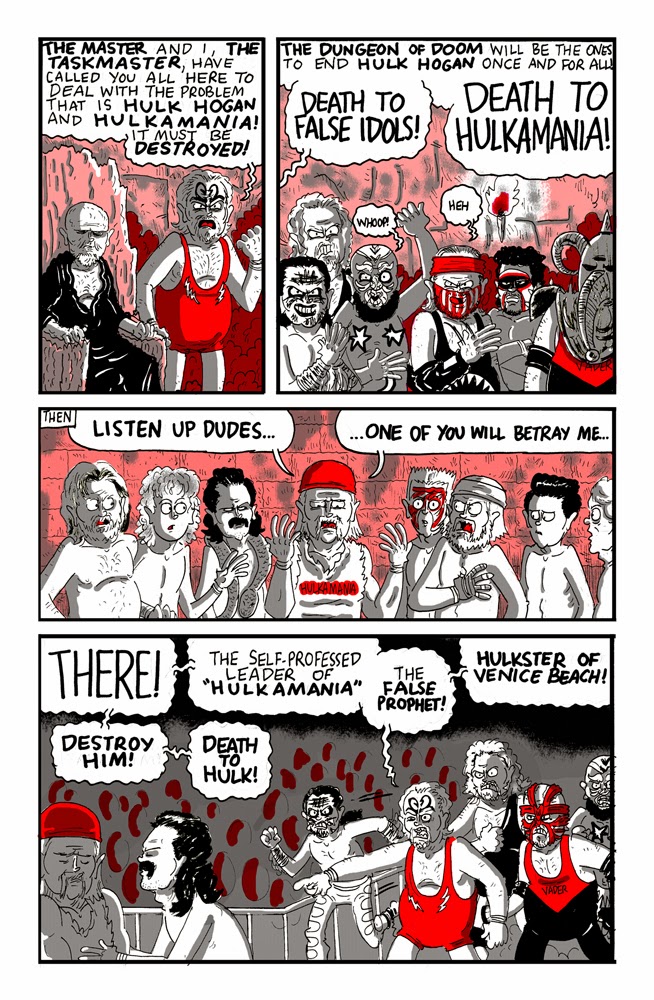 I'm really excited about how this book is coming together! There are more comics coming in every day, all of which I'll be previewing soon, James Quigely (aka GUNSHO) is hard at work on the cover, and I just got some amazing Tigermask and Mr Fudo pinups from Matt Leines. This book is looking beautiful!

If all goes according to plan, SCREWJOB will be available at the Hidden Fortress table at SPX in September!
Posted by Unknown at 4:26 PM No comments: