The car is loaded with SCREWJOBs, Monster books, comics, zines and T-shirts, and we're south-bound for beautiful Bethesda, MD for the Small Press Expo! You'll be able to find us at table K2, right next to the amazing Michel Fiffe and Kat Roberts: 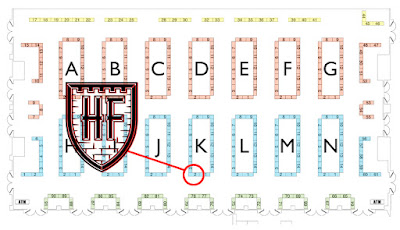 I've spent the past couple of weeks jamming away on this new issue of SCREWJOB, here are some photos from the production:


Hopefully we'll see you all there!!

It's hard to believe, but in just two weeks, SCREWJOB 3 will be debuting at the Small Press Expo in Bethesda, MD! I know I'm finding it rather hard to believe, I've got a TON of production work over the next 14 days to get there... But let's not think about that now! Instead, let us bask in some of this beautiful, beastly art!

Check out this SIIIIICK cover by Jon Vermilyea! One of my favorite illustrators working today, and the sweetest of dudes 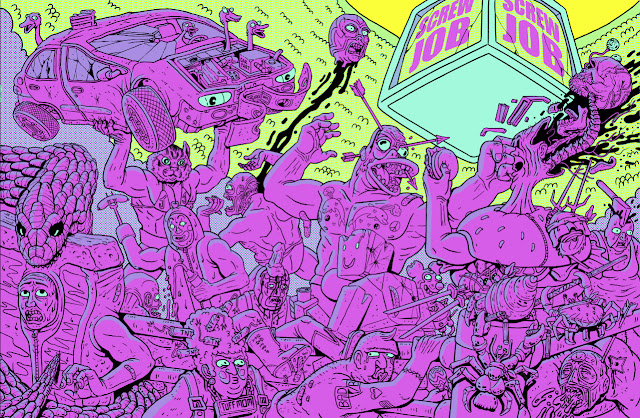 Pat Auliso, Blake Sims and Box Brown will be forming the nucleus of the SCREWJOB heel stable, and are joined once again by BEAVER, who welcomes the greatest wrestler to ever preside in the oval office into the fold: 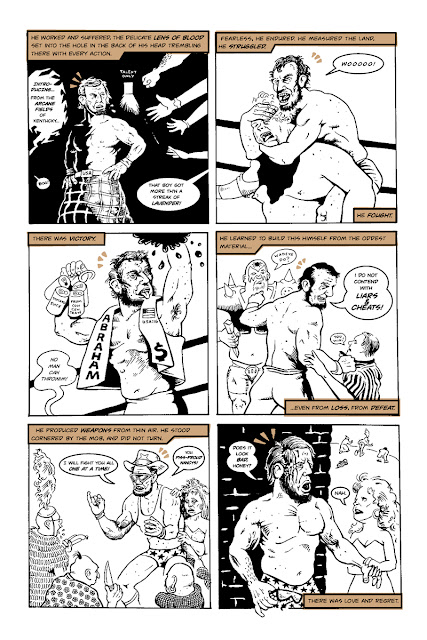 I'm super excited to welcome Ed Luce into the SCREWJOB stable! And I'm so psyched that GOTEBLUD and the demented Cock Rocker are finally gracing our pages! 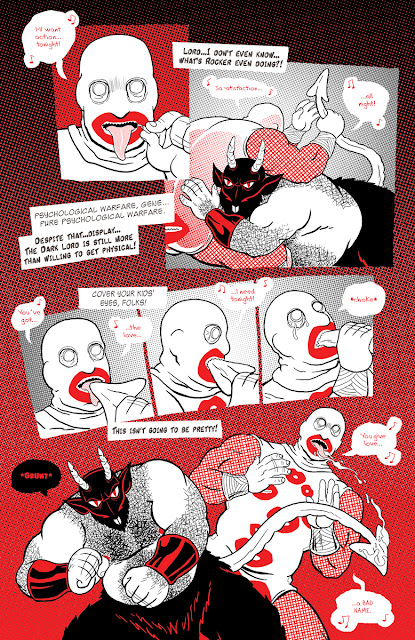 JB Roe and Brett Williams bring us a tale of the American Dream, Dusty Rhodes, running afoul of the 4 Horsemen in a terrifying post-apocalyptic wasteland. Bringing some of that good Fist of North Star-inspired ultraviolence! 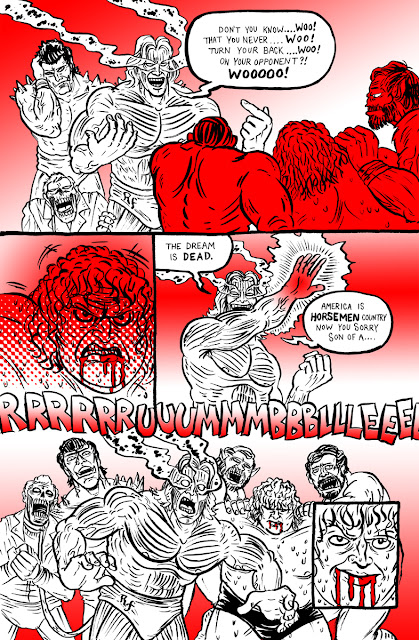 Now look at this deliriously amazing Ultimate Warrior spread that will be gracing the centerfold of SCREWJOB 3, by Lukasz Kowalczuk creator of the amazing Vreckless Vrestlers!! 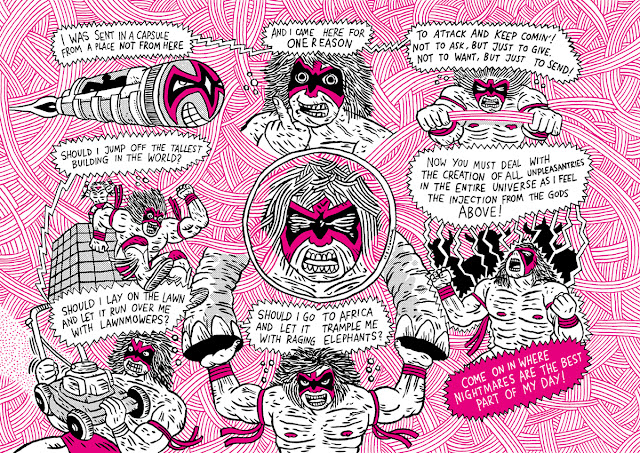 I'm also bringing these grotesque SCREWJOB shirts to SPX, a loving homage to Dick "the Destroyer" Beyer, so come find us on the showroom floor! We can meet all your pro wrestling gross-out comics needs! 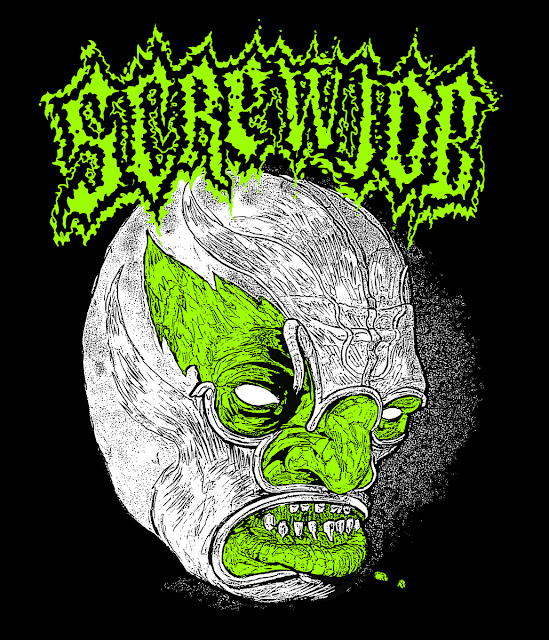 Posted by Unknown at 5:52 PM No comments:

Entering a Room Full of People, by Tom Toye

If you've been following Tom Toye's Tumblr, then you've probably seen bits and pieces of his epic project, ENTERING A ROOM FULL OF PEOPLE (EARFOP). Well, Tom came up and visited us at the Hidden Fortress last weekend, as we put the finishing touches on the book: 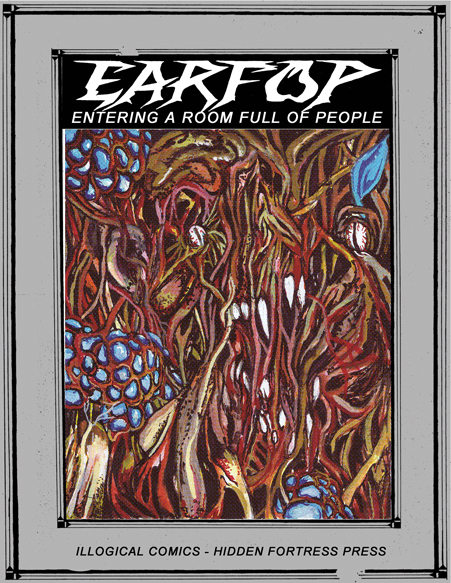 EARFOP is a joint production of the Illogical Comics Estate and Hidden Fortress Press, it features 44 pages of stomach churning, brain-breaking comics printed in 2 colors on the offset press, wrapped up in a beautiful and insane cover, silk-screened by Tom himself. 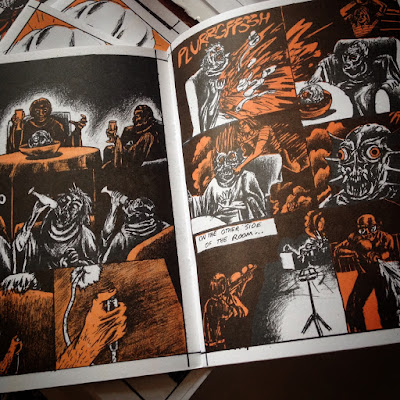 I spent two weeks printing this book, and spent most of that time in the shop blasting early 80's Teutonic thrash metal (the unholy trifecta of Kreator, Destruction and Sodom), so it's no surprise that in talking about EARFOP I keep dropping descriptors like "corpse-ripping", "morbid" and "total destruction", but it's really a thing of beauty. Like a fragrant, pallid night-blooming flower, grown from a carcass that has rotted and become fertile.

See what I mean?

It was awesome having Tom join us in the shop! It was a real nose-to-the-grindstone weekend, and I was thankful to have him there for the tedious chore of folding and collating... 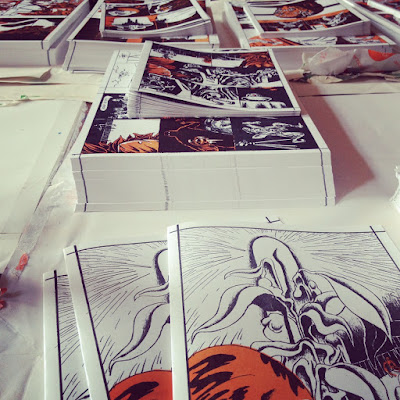 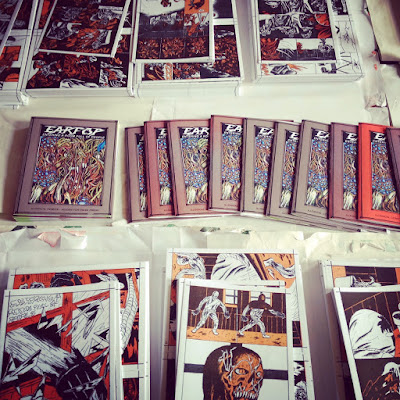 Tom will have copies of EARFOP for sale this weekend at the Paper Jam Small Press Fest, and is now available to purchase in the Hidden Fortress store!