Hidden Fortress is debuting a new anthology series at CAKE : Screwjob Presents! Each mini-sized issue will focus on the work of one SCREWJOB artist, and we're psyched to have Peter Faecke's Major Bummer as the inaugural book! 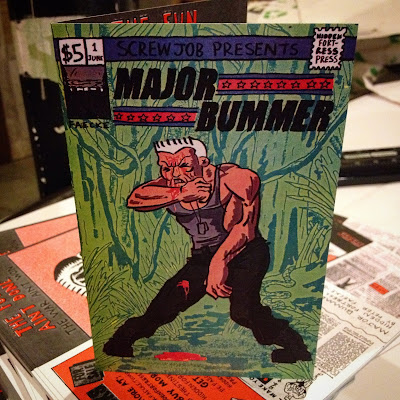 I met Peter at last year's CAKE, he was wearing a repulsive shirt he'd made depicting the Iron Sheik doing terrible things to the Million Dollar man's manservant Virgil, and was psyched about what we were doing with SCREWJOB. I got him to do a comic for the next issue (which is only now coming out), and we started talking about working on another project. I think he had most of Major Bummer already drawn, I loved it and jumped at the chance to print it under the Screwjob Presents banner! 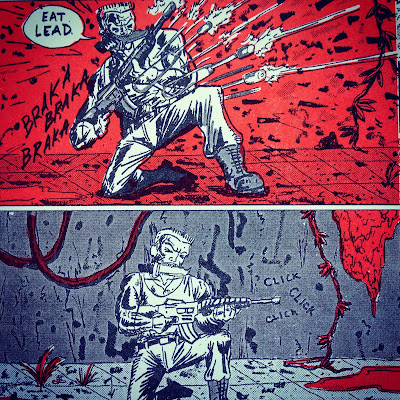 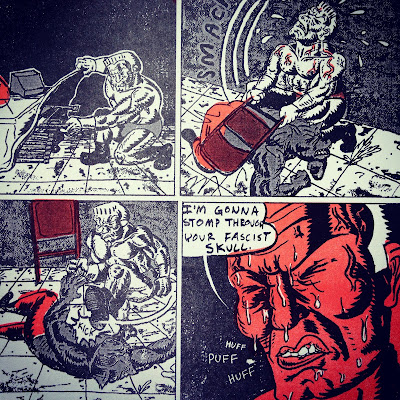 Major Bummer is a top military operative, a true One Man Army Corps, tasked with smashing a South American Nazi enclave. No easy task, especially when the Nazi commander has turned himself into some kind of acid-spewing wolf/beastman! 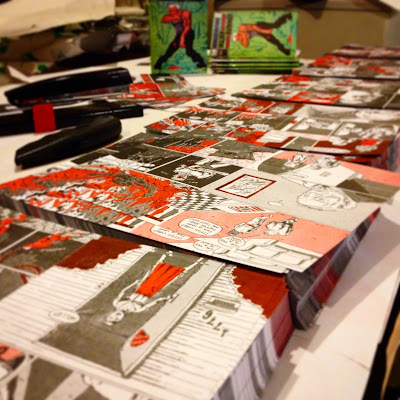 I'll have a big stack of Screwjob Presents at CAKE, after which they'll be available for purchase in the Hidden Fortress store!